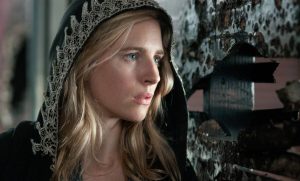 A few days ago Netflix took us all by surprise when it announced that a new TV series would be hitting the service on 16th December. It is titled The OA and many have already begun to question whether the show will be the new Stranger Things.

Two brand new clips from the show have now been released and you can give them a watch below. They further the mystery that was teased in the trailer, but don’t really offer much more in terms of story. We love that the show is keeping the major plot details under-wraps, because it’s just heightening our excitement for when the show hits Netflix.


The OA follows a previously missing blind woman who returns to her family after seven years. Things get strange when they discover that her sight has been restored, which leads to the massive question: Where has she been and what happened to her? The show will follow her story as she reveals where she’s been, because apparently, she remembers EVERYTHING.