We’re heartbroken to hear that Twin Peaks’ Peggy Lipton has sadly lost her battle to cancer. She was 72.

Lipton was known for playing Julie Barnes in the crime drama Mod Squad. She had a long career in television and film, appearing in the likes of The Alfred Hitchcock Hour, Bewitched, and Alias. 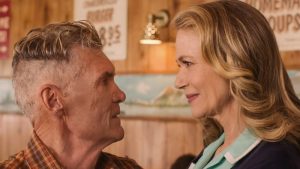 But many fans loved her best for her portrayal of Norma Jennings, the owner of the Double R Diner, in Twin Peaks and Fire Walk with Me. She reprised the role when Twin Peaks returned in 2017.