The Twilight Zone to Return with Jordan Peele Producing

Word came in recently that CBS were planning to reboot classic anthology series The Twilight Zone and now it’s official, with their streaming service CBS All Access having given the series order. 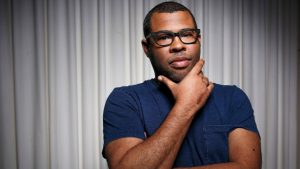 But wait, it gets better, with Get Out director Jordan Peele’s Monkeypaw Productions producing the show alongside Simon Kinberg’s Genre Films, in association with CBS. As well as collaborating on the first episode, Peele and Kinberg will executive produce together with Win Rosenfeld, Audrey Chon and Daredevil’s Marco Ramirez, who will also act as showrunner.

“Too many times this year it’s felt we were living in a twilight zone, and I can’t think of a better moment to reintroduce it to modern audiences,” said Peele upon the announcement.

The original incarnation of The Twilight Zone ran on CBS for 156 episodes from 1959 to ’64, and became a key influence on the likes of The Outer Limits and, more recently, Black Mirror. No details regarding the content of the new episodes have been revealed, with a premiere date reportedly yet to be determined.