Tune In to This Trailer for Award-Winning Shortwave

Sci-fi horror Shortwave is winding up a lengthy and successful festival run which has seen it screened at almost 20 fests, picking up a number of awards (most recently Best Feature and Best Cinematography at the NOLA Horror Film Fest) in the process. As we await wider distribution details from worldwide sales rights holders Bluefox Entertainment, this striking new trailer has been put out. 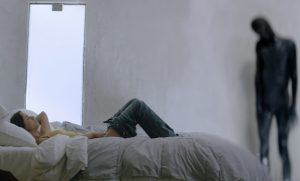 Shortwave is the second feature directed by Ryan Gregory Phillips, who also wrote and edited the film as well as producing alongside Lindsay Lanzillotta and Anthony Mancilla, who produced Sitges winner The Invitation. It stars Cristobal Tapia Montt (The Stranger) and Juanita Ringeling (The ABCs of Death’s C is for Cycle) as a couple who fall under the sinister influence of a mysterious shortwave radio signal while grieving the death of their child. 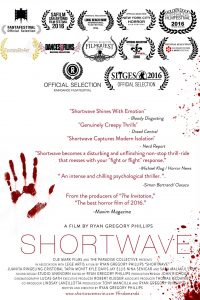 Synopsis:
Josh and Isabel Harris, after suffering the loss of their only child, relocate to a secluded hillside research facility with the hopes of repairing their broken family. After years of trying, Josh and his research partner, Thomas, have a breakthrough involving a cryptic shortwave radio signal and its universal origins. Something within the signal resonates with Isabel, and she begins experiencing hallucinations and visions of distant memories. Upon further investigation into the phenomenon, the scientists fear for Isabel’s health while Isabel fears the signal has attracted something sinister to their new home.