The film is based on a 1936 article in the New Yorker entitled Voices Through the Trumpet, written by Carl Carmer, which detailed a visit to America’s first documented haunted house. It will tell the tale of a deeply troubled New Yorker reporter who travels upstate to the remote town of Lilydale, NY, supposedly the “Mecca of American Spirituality”. Initially cynical about ghosts and the spirit world, the reporter becomes tempted in by the prospect of being able to contact his dead son, but finds himself vulnerable to something far more terrifying and dangerous. 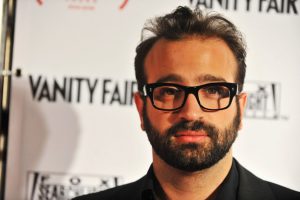 Campos (pictured) will rework the original script penned by The Burrowers‘ JT Petty. Fox Searchlight developed the film and will distribute. Dawn Ostroff and Jeremy Steckler of Condé Nast Entertainment are producing alongside Denise DiNovi, while David Greenbaum and DanTram Nguyen will oversee production for Searchlight.