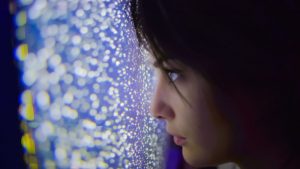 With ‘80s-style neon, a hint of Videodrome imagery and a whole load of trippy, Rob Mockler’s Like Me is a tasty proposition indeed. Want proof? Check out the ace SXSW trailer below. As reported by Deadline, the psychedelic thriller has been acquired by Kino Lorber, who will put it out in US cinemas in January, with a VOD release to follow in March.

Addison Timlin (The Town that Dreaded Sundown, Derailed) stars as the desperately lonely Kiya who, after accidentally becoming something of a social media star, discovers a drug-hazed world populated by outsiders and dropouts. Co-starring are Ian Nelson (The Boy Next Door), Jeremy Gardner (The Mind’s Eye, Psychopaths) and genre icon Larry Fessenden (House of the Devil, You’re Next), who also produces. Writer-director Rob Mockler makes his debut with the film. 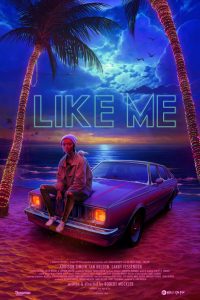 Synopsis:
“After posting a video of herself robbing a convenience store, Kiya amasses a huge social media following. A reckless loner, she seeks some form of genuine human connection. Through her travels, she encounters a drifter, an Internet troll and a paint huffing outsider who are all pulled into her circle of chaos, junk food, and drugs. In a world of fabricated personalities, Kiya is intent on exposing something gutturally truthful about humanity, but ultimately, she must confront herself.”