A set of images have been released for There’s No Such Thing as Vampires, which follows a group of teenagers encountering vampires in a remote outpost. But, are they vampires? If one of the images below is anything to go by, then yes, because there’s a suspiciously Nosferatu-like shadow making its way up the stairs. However, the title tells a different story. Who do we trust?! 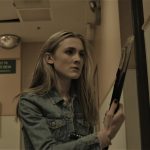 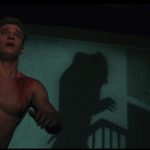 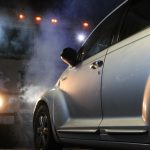 The film is said to be a combination of The Terminator and Fright Night, hoping to blend together a “powerful fury of fun [and] nail-biting storytelling”. The film recently wrapped principal photography and is heading to the upcoming Cannes film festival. We’ll be keeping our eyes out to hear those early reactions and hope you will be doing the same.

There’s No Such Thing as Vampires stars Meg Foster, Raphael Sbarge, Maria Olsen, Judy Tenuda, Emma Holzer, Josh Plasse and Aric Cushing. The film has been directed by Logan Thomas (The Wvave 3D, The Yellow Wallpaper) and comes from a script written by himself and Aric Cushing.