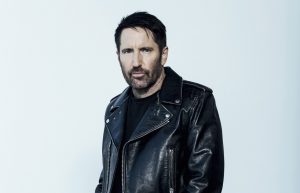 Did you realise that Trent Reznor (pictured right) scored Netflix’s Bird Box? I didn’t until recently—and if Reznor’s recent comments about his experience working on the film are anything to go by, there’s a reason for that.

“We were on tour when they mixed it,” the Nine Inch Nails frontman said in an interview with Revolver. “And they mixed the music so low, you couldn’t hear it anyway.”

Reznor also blasted the film’s editor for having “bad taste” which created a “barricade to getting stuff in the film.” All in all, he felt the experience was a “waste of time.”

It’s a real shame, because Reznor has proven himself time and time again as an exceptional composer, scoring films like The Girl with the Dragon Tattoo and Gone Girl. Let’s hope this negative experience doesn’t make him hesitant to work on more horror movies in the future.