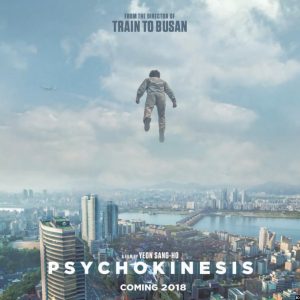 Train to Busan director Sang-ho Yeon is tackling telekinesis in his next feature titled Psychokinesis. The film is described as a comedy – so don’t expect the level of horror that was seen in his epic zombie thrill-ride Train to Busan. However, Train to Busan did have its fair share of humour woven into its relentless undead chase.

Psychokinesis will follow a man who accidentally obtains super powers and decides to use them to help his family and those around him. Wouldn’t we all do that if we were able to? This sounds like Yeon’s answer to the ever-popular superhero genre and the first artwork has us very excited. Check out that height!