Train to Busan Arrives This December

You lucky guys and gals in the USA are in for a warming treating next month, because Train to Busan arrives on Digital on 13th December 2016. It will then be released on DVD and Blu-ray on 17th January 2017. Those of us in the UK will be able to get our hands on the film on DVD and Blu-ray from 27th February 2017, so we have some time to go. 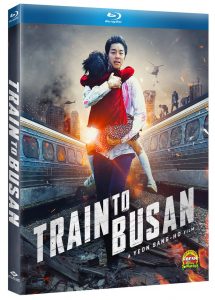 Synopsis:
While a zombie-virus breaks out in South Korea, a couple of passengers struggle to survive on the train from Seoul to Busan.

Train to Busan is my personal favourite film of 2016 and I can’t wait to watch it again. It’s nail-biting, exciting and surprisingly emotive zombie film that, quite frankly, puts every other film of the sub-genre to shame. You can check out our 5-star review of the film right here.