If you ventured in to an animal testing facility and discovered that animals were not the only creatures being tested on, we’d imagine you’d be pretty terrified. That’s the scenario our band of protagonists face in the British eco-horror Lab Rats.

Synopsis:
Kat and her eco-warrior friends embark on a mission to expose the international bio-chemistry company, Ring-Amnion, as liars after a tip-off that they ran an animal testing lab – despite their public profile claiming otherwise.

The gang, and Kat’s 20,000 blog followers, are eager to find out what Ring-Amnion have been hiding as they break into an old building, but they aren’t prepared for what they find inside… 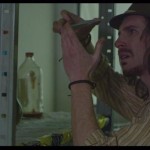 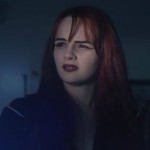 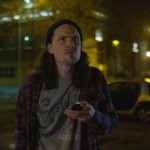 Check out a few stills from the film (above), and the trailer (below). They show a group of do-gooders trying to expose an animal testing facility and getting a lot more than they bargained for. It’s entirely free of dialogue, but the visuals speak for themselves; there’s some grizzly moments involving bone-crunching fingers and various bodily parts scattered around. Gross. There’s an effective build-up of tension and the music sounds great, so we’re definitely intrigued to see this one.