The Trailer for The Transfiguration says Don’t Choose Your Victim

The Transfiguration screened at last month’s FrightFest in Glasgow to an overall positive reception, with many critics praising its thoughtful exploration of identity, adolescence and angst. As a debut from director Michael O’Shea it certainly seems to be hitting all the right buttons. 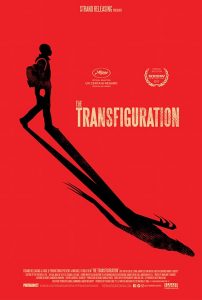 The Transfiguration follows a troubled teen who is obsessed with vampires, soon turning his fascination into reality when he starts craving blood himself. Filled with references to classic vampire flicks like Nosferatu and Near Dark, The Transfiguration looks like a worthy homage to the sub-genre, but also an interesting companion piece to Let the Right One In. The two films share the same slow-burn approach to their storytelling and focus on a complex relationship between two young people; vampires or not.