Trailer Takes us to Devil’s Gate Ahead of January Release

Heading your way next month is creature-heavy sci-fi horror Devil’s Gate, which premiered at this year’s Tribeca Film Festival. Ahead of the home release, we get a few glimpses of the film’s creatures in this trailer; creatures mostly performed by Javier Botet (It, [REC], Mama), one of the emerging heroes of modern horror. 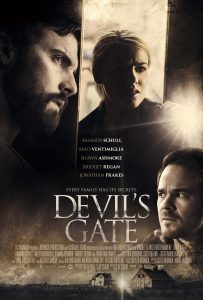 Synopsis:
Set in the small town of Devil’s Gate, North Dakota, the film examines the disappearance of a local woman (Regan) and her young son. Schull plays an FBI agent who helps the local sheriff (Frakes) search for answers. Partnering with a deputy (Ashmore), they track down the missing woman’s husband (Ventimiglia) and find that nothing is as it seems.