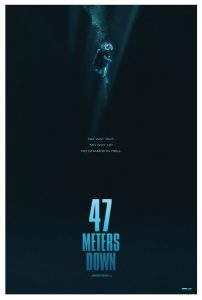 The fiasco surrounding the release of Dimension Films’ shark thriller 47 Meters Down (later re-titled In The Deep) will soon be coming to an end, although a firm release date still remains elusive.

A US DVD/VOD release was originally slated for August 2nd, 2016, but was pulled just a week before, in favour of a run on the big screen. While the success of The Shallows (which weirdly, was originally titled In The Deep) may have had some influence, the decision was made after Dimension sold the film to Entertainment Studios, who reportedly planned to revert the film back to original title 47 Meters Down before rolling it out to cinemas in 2017.

While we await a release date announcement, this new trailer for the film has emerged, meaning it’s fair to assume that Entertainment’s release is still on the cards, and coming your way soon. 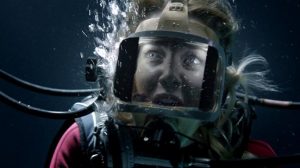 In The Deep dives into a world of two sisters who become trapped at the bottom of the ocean when a diving expedition to observe sharks goes horribly wrong. When the cable attaching the observation cage to the boat breaks and the cage sinks to the bottom of the ocean, the sisters must figure out a way to get back to safety battling injuries, lack of oxygen, and, worst of all, bloodthirsty, great white sharks.