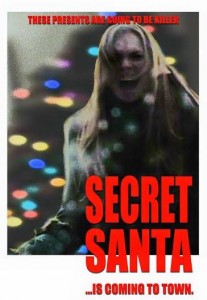 Canadian yuletide slasher Secret Santa has been building some serious momentum since premiering at Toronto’s Blood in the Snow film festival last November. The comedic ‘80s throwback recently won Best Picture at the inaugural Toronto International Spring of Horror & Fantasy Film Festival and has now bagged itself an Official Selection at Alabama’s Legless Corpse Film Festival 2016, as well as this year’s Shock Stock in London, Ontario.

Secret Santa is the feature debut of director Mike McMurran, who wrote the following synopsis:
Secret Santa is a feature length film that tells the story of a group of eccentric college kids, struggling to get through the hectic exam period. This Horror/Comedy is a tribute to B-Movie Slashers but also takes the conventions and turns them upside down. A liquor filled party is planned, adding a Secret Santa exchange for fun. Little do our characters know, a killer is in town and has a special present for all the good (and bad) girls and boys. Dare to open your present? It might be your last! 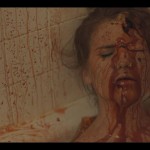 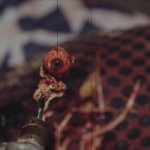 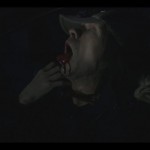 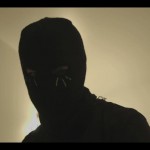 Check out the gloriously old-school trailer (below) and beautifully bloody stills (above). Perhaps Secret Santa could revive the Canadian slasher tradition laid down by Black Christmas in 1974, and continued with Prom Night, My Bloody Valentine and The Burning (a Canada/US co-production, but too good not to mention).