Trailer and Release Date for Action Horror The Horde 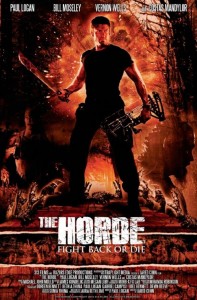 Horror icon Bill Moseley is a busy man right now, with more than 20 films currently in various stages of production. One of the more talked-about of the lot is Jared Cohn’s action horror The Horde, for which we can now bring you this trailer, artwork and release info. Mixing ‘80s action movie plotting with zombie film tropes and featuring a mutant clan, the film is a delicious proposition indeed.

Equalling Moseley’s work ethic, director Cohn helmed four features released in 2015, and has already had two out in the US this year. The Horde will arrive on VOD May 6th in the US and Canada through of Gravitas Ventures. As well as Moseley, it stars Paul Logan in the lead role, Tiffany Brouwer (The Help), Costas Mandylor (Saw series), Matthew Willig (Marvel’s Agents of S.H.I.E.L.D) and cult ‘80s actor Vernon Wells (Commando, Mad Max 2: The Road Warrior). Paul Logan also wrote the film. 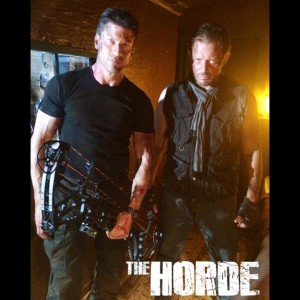 Synopsis:
John Crenshaw (Logan) has given up his life as leader of his Navy SEAL team to settle down and marry his girlfriend, Selina (Brouwer). He accompanies Selina and her students on a weekend nature photography expedition deep into the Oregon woods. What starts out as an educational and fun-filled weekend turns into horror as the group is besieged by an unspeakable evil – a horde of hideously disfigured, mutated humans with an insatiable taste for blood.

The horde savagely attacks the camp. John fights off some and is left for dead as the creatures led by the sadistic Atkinson take Selina and the group back to 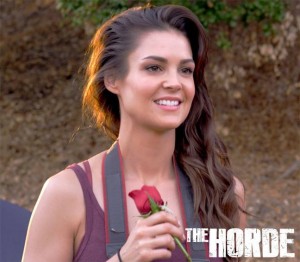 their camp. Battered and enraged, Crenshaw must once again embrace the life he left behind to track down and kill the horde. He uses all of his Special Forces training to try to save the group. With unrelenting danger around every corner, he must deal with the savage mutants and human deceit. As things go from bad to worse, Crenshaw becomes their only hope if they are going to get out alive.