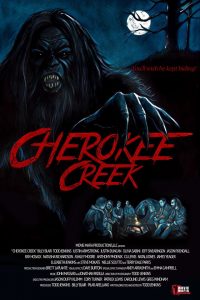 After decades of struggling to make its mark as a popular movie monster, Bigfoot has enjoyed some impressive onscreen outings in recent years in the likes of 2006’s Abominable, 2013’s Willow Creek and Eduardo Sanchez’s Exists the same year. I’d argue that onetime video nasty Night of the Demon beats them all, but that’s just me.

The next sighting of the elusive missing link will be in Cherokee Creek, which sees a woodland bachelor party turn hairy when the old ‘Squatch invites itself along. With a release date yet to be announced, we can now get out first look at the film in this new trailer, which arrives together with a striking piece of VHS-esque poster art. 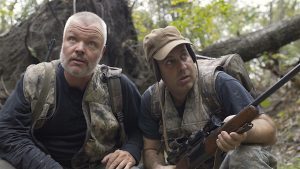