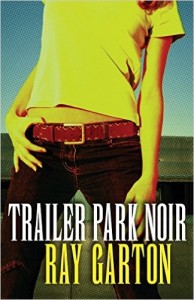 Anna Dunfy runs a temp job in the day and strips at a gentleman’s club at night, her daughter Kendra is 16 years old with a body to die for and a catalyst for mayhem, yet she’s handicapped with the mind of a child. Largely under her mother’s care, she’s a good girl but she desires to do something naughty. Kendra harbours all the attention both from the reader and the male characters in the story but she’s not entirely believable. Almost as if the author struggled portraying her blossoming sexuality combined with the mind of a younger girl, it’s not an easy thing to write and I found it unsettling in places. The aim of the game was a girl with an extremely attractive body yet sexually repressed due to a mental problem, didn’t seem right to me and just touched on a learning disability presented perfectly, for the story anyway.

Marcus Reznick is a private investigator who works the divorce cases, his wife blew her brains out and he ended up at the bottom of a vodka bottle. Now he’s in the trailer next to Anna and Kendra, the beginning of a temptation that he knows should not even get off the ground.

Andy Winchell is a drug dealer, his girlfriend is Sherry Manning and they’ve just found a dead kid in the trailer, one problem, he’s the son of a politician and when two heavies turn up to claim the body. You just know it’s not going to end well.

A wide variety of characters, that you know are going to end up either dead or doing the naughty on camera, log on and find out who does what. Trailer Park Noir is a catchy story that you could see happening anywhere, it’s hot but kind of disturbing with regard to Kendra and those taking advantage of her. As the story unfolds we have a mother that will kill to protect her daughter and as the heat intensifies, as the blood falls on the pathways. It all slowly steams in a pressure cooker left unattended, that’s going to blow and blow big with an explosive ending.