The Trailer for Amazon’s Lore Brings True Stories to Life 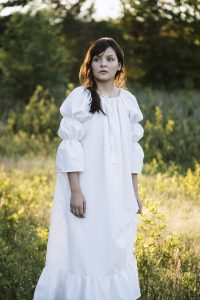 On 13th October the streaming service Amazon will premiere its anthology series Lore, which is said to “celebrate the origins of the horror genre” by combining a documentary style, narration and cinematic scenes.

The series comes from the executive producers of The Walking Dead and The X-Files and stars Caroline Arapoglo, Mark Ashworth, John Byner, J. T. Corbitt and Corey Creque.

The first trailer has been revealed for the series, which brings true stories to life in a fascinating and terrifying manner. Lore will have a 6-episode run, where each episode is inspired by real life frights first heard on the podcast of the same name from Aaron Mahnke.

The trailer gives us teases focusing on demonic possession and a demonic doll with Ouija boards, séances and an exorcism. It certainly seems to be filled with frights and delights of all types, but we’ll have to wait and see just how scary Lore will be when it hits Netflix on Friday 13th October.