Little Nicky director and star Steven Brill and Adam Sandler have teamed up once again for Hubie Halloween, a new horror-comedy that will hit Netflix next month as part of the streaming platform’s Netflix and Chills Halloween line-up. 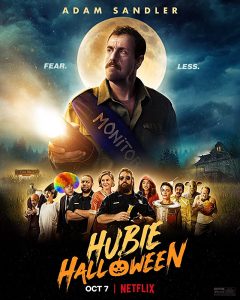 Set in Salem, Massachusetts, Hubie Halloween follows the titular Hubie Dubois (Sandler), a figure of mockery who spends every Halloween making sure the town’s residents celebrate safely and play by the rules. But this year, an escaped criminal and a mysterious neighbour have Hubie on high alert—and when people start disappearing, he must convince the police and townsfolk that the monsters are real and only he can stop them.

Hubie Halloween debuts on Netflix on October 7th. Grab a few fun-sized candies and watch the trailer below.