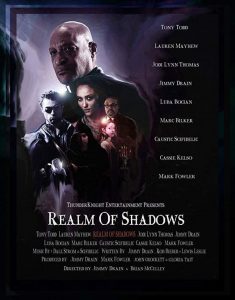 Someone must have said his name five times, because horror icon Tony Todd (Candyman) has been summoned to star in Realm of Shadows, an upcoming horror anthology directed by Jimmy Drain and Brian McCulley.

Todd will play Father Dudley, a devoted priest watching out for close friend Robby Duray (Drain) during a testing time in the man’s life. He also has to tame Robby’s diabolic alter evil and steer him clear of Satan’s snares.