Tom Savini To Ride With The Sky Sharks 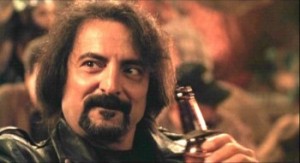 The film that keeps on getting better has just taken it to another level as Sky Sharks announced on Facebook that Tom Savini will be joining cabin crew as special FX supervisor. Savini said this about the news: “It’s so insane. It can be a huge hit.”

Sky Sharks have also chosen the perfect music for the film with metal band Kreator being involved, although they haven’t stated whether it’ll be an original soundtrack or not.

Not only this, but also Raven Banner have just confirmed the worldwide rights to the film whilst also bagging a deal with Sony Pictures about distribution in Europe.

There’s still a little time to get on board with Sky Sharks if you head over to their kickstarter page: https://www.kickstarter.com/projects/168690333/sky-sharks