Horror mainstay Tom Holland sparked off much excitement and speculation over the weekend when he tweeted that “the Fright Night copyrights come back to papa” in 2019, before teasing: “Oh the things I’m going to do.” 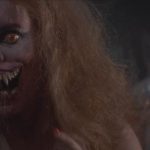 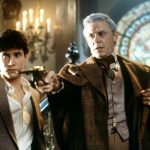 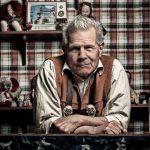 Holland, who directed the 1985 vamp classic (and three years later, Child’s Play), had to sell the rights to his film in 1984 in order to get it finished. Now though, he plans to exercise the rights granted by the US Copyright Act of 1976, which gives artists the chance to reclaim previously licensed works after 35 years, and bring the franchise back from the dead.

In a series of tweets, Holland gave a good idea of what he has in store for fans. He first revealed that he’s “almost finished with Fright Night 3 the novel,” and added that “many things grow from there.” When pushed by fans, the director revealed that Charley Brewster (William Ragsdale in the film) and Amy Peterson (played by Amanda Bearse) do feature in his new story, and as for their new neighbour? “Not sure who lives next door now,” Holland wrote, “but I bet he has fangs…”

Holland also responded to questions about a new film, saying that it was indeed his aim. He did not reveal whether or not it would follow his novel, although it would not be unreasonable to assume that that would be the case. The rights to Fright Night are currently held by a private equity firm, and will remain there for the next two years so don’t expect anything for a while, but Holland seems pretty set on this. Be excited, and be afraid.