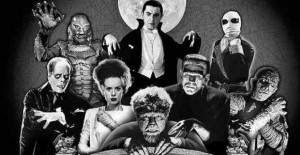 There have been whispers concerning Universal’s revival of their Monsters for a while now, with Tom Cruise’s name being bandied about. Now though, it’s official: The owner of Hollywood’s most famous smile has signed on for the studio’s reboot of The Mummy.

The Mummy is to be the first film of Universal’s expanded universe, a model seemingly essential for all the major studios ever since Marvel opened those lucrative floodgates. Though unconfirmed, early predictions are that Cruise will play Van Helsing, reprising the role in the character’s own film somewhere down the line. As is the way of the expanded universe, we can also expect to see Cruise popping up in various other entries between now and then.

The Mummy will exist in a modern-day setting, as per Jon Spaihts’ script. The Prometheus writer also wrote Doctor Strange for Marvel, and is already set to pen the Van Helsing script. Onboard as director is Alex Kurtzman, and Sofia Boutella (Kingsman: The Secret Service, Monsters: Dark Continent) will star as the titular monster. The scheduled release date is June 9th, 2017.

Universal seem to be sticking with big name stars for their Monsters, allegedly hunting down Scarlett Johansson to star in The Creature for The Black Lagoon, and Angelina Jolie for the lead in Bride of Frankenstein.

Exciting times most definitely lay ahead.