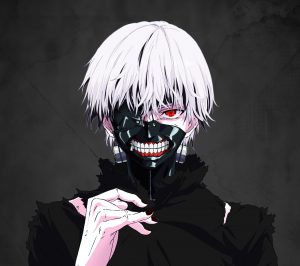 It was recently announced that Funimation Films had acquired the rights to the adaptation of Tokyo Ghoul and now the film has landed a release date in the UK on 31st January 2018. Not long now!

Tokyo Ghoul is set in a world where humans are no longer at the top of the food chain, having been pushed down in favour of Ghouls. They run the underbelly of Tokyo and feast on human flesh. Ken is unexpectedly drawn into the world of Ghouls when he is turned into a half-Ghoul, and struggles to find his place in society with his strange hybrid identity.

Remind yourself of the trailer below and also check out a host of impressive new imagery. Tokyo Ghoul comes from director Kentaro Hagiwara (Anniversary) and stars Masataka Kubota, Fumika Shimizu and Nobuyuki Suzuki.