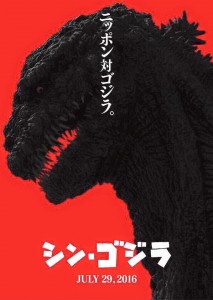 Everyone’s favourite city-levelling lizard is due to return to screens this summer with a new look. This poster for Godzilla: Resurgence started popping up this morning through various online sources, and it seems to be the real deal. Toho (Godzilla’s true home) are releasing the film – their first featuring the King of Monsters in over a decade – and they look to have stuck to their guns with the new “scary” look they’ve been promising us. This other image is apparently a leaked onset picture but is difficult to fully verify, as the whole project is shrouded in secrecy, and co-director Shinji Higuchi has remained tight-lipped throughout. 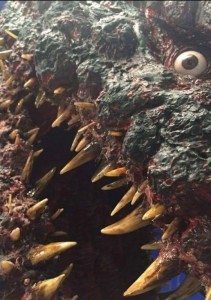 We at SCREAM certainly like this new-look Godzilla though, who looks to be far less cuddly than in his ‘classic’ incarnations, and frighteningly well-toothed.

Plot details are elusive, but official sources have declared that co-directors Higuchi and Hideaki Anno will “deliver the greatest and worst nightmare to everyone”, which is just about the coolest thing we’ve heard all day.