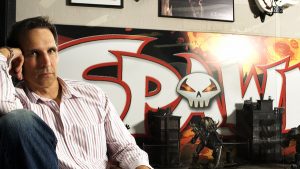 As reported by Deadline, Spawn creator and comics giant Todd McFarlane has confirmed at New York’s Comic Con that his long-talked-about Spawn feature will move into pre-production after Christmas, with a shooting date of February 2018.

Blumhouse signed on to produce the project this year, potentially making a very smart move given the recent successes of harder, more adult-orientated comic-book adaptations. And McFarlane has said many times that his vision will be just that, with his script unsurprisingly ignoring everything from Mark A.Z Dippé’s family-friendly 1997 adaptation, which proved a pretty miserable failure both critically and commercially, and left fans of the comics feeling well and truly duped.

“It’s going to be dark,” McFarlane said again this week. “I will have a shark in black water… and if you’re swimming he will come and you’ll be gone and he will fuck you up.” 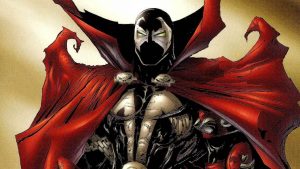 McFarlane added, “I’m spending my own money so who cares if it doesn’t work out. It’s a $10 million budget movie, and [a studio] would just get a 22-year-old punk director. I just want to be the old punk directing it.“

McFarlane completed his script early last year, and will be making his feature directorial debut with the film.