While any details regarding plot, casting etc. remain unannounced, Todd McFarlane has talked a little about his vision for the new screen incarnation of his most famous creation, Spawn. 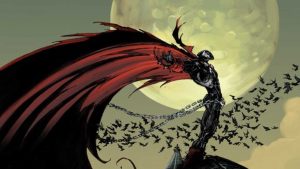 In an interview for AMC’s Geeking Out, the artist and comics mogul was asked if a new Spawn film was definitely happening and replied: “The simple answer is yes.” He also confirmed, unsurprisingly, that his script will ignore everything from Mark A.Z Dippé’s live-action adaptation, which proved a pretty miserable failure both critically and commercially.

It’s not a hugely significant update on the project granted, but McFarlane’s words will be music to the ears of fans of the comics, who felt duped with the family-friendly 1997 film. Earlier this year McFarlane confirmed that his script was finished, and that he hoped to direct the film himself. He previously said of his vision for the film: “I’d put it more into horror/suspense/supernatural genre. If you take the movie The Departed meets Paranormal Activity, something like that.” 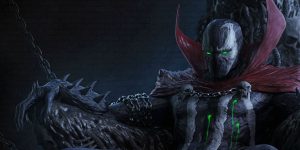 With almost twenty years having passed since Spawn’s ill-fated first foray onto the big screen, and a very different cinematic landscape with regards to comic-book adaptations, investors could well be ready to put their weight behind the property again. The box-office success of the R-rated Deadpool couldn’t hurt, either.