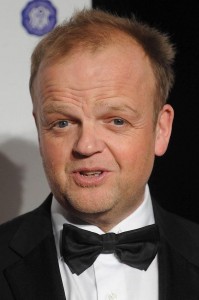 The story will follow a destructive relationship between a man and his mother, so you can easily understand the comparisons that have been immediately drawn between this and Psycho.

Kaleidoscope is being written and directed by Toby Jones’ brother Rupert Jones and produced by Matthew James Wilkinson and Maggie Monteith. That’s all we really know about the film for now, but keep your eyes peeled for more as it comes.