Tobin Bell is in The Deep End 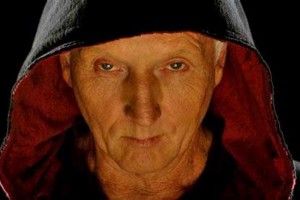 Jigsaw himself, Tobin Bell, has been cast in Matt Eskandari’s The Deep End, according to Variety. He joins Alexandra Park (The Royals) and Nora-Jane Noone (The Descent, Doomsday) in the horror thriller, which begins shooting this week in Los Angeles. Park and Noone play sisters who become trapped under the fibreglass cover of a public swimming pool; a plot simple yet drenched in deliciously claustrophobic potential.

Eskandari is directing the film from a script he co-wrote with Michael Hultquist. Mark Myers, executive producer of Experimenter and Manson Family Vacation (in which Bell also starred), will oversee the production with executive producers Fernando Szew, Sharon Bordas and Hannah Pillemer.

Best known as the now-iconic villain from the long-running Saw series, Tobin Bell is used to seeing people trapped, though admittedly in less seemingly innocuous surroundings than a public pool. We’ll bring you more news on The Deep End as we get it.