TNT’s Tales From The Crypt Consigned To The Grave 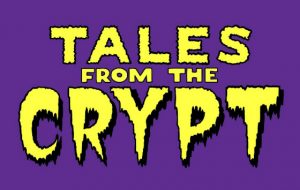 Well, that was a waste of some perfectly good excitement. TNT’s revival of classic horror anthology series Tales From the Crypt, which was first announced at the beginning of 2016, is officially dead, due largely to mounting rights issues.

The 10-episode series was to premiere in autumn this year as part of a planned ‘horror block’ to be curated by M. Night Shyamalan. Undead host the Crypt Keeper was never going to feature in his familiar form, with rights to the character still belonging to HBO, but further legal issues proved too much, and TNT president Kevin Reilly confirmed this week that they were abandoning the project for good. Talking to Deadline, Reilly explained:
“That one got really caught up in a complete legal mess unfortunately with a very complicated underlying rights structure. We lost so much time, so I said, ‘Look, I’m not waiting around four years for this thing’.”

He continued, saying that TNT will instead be moving forward with a new anthology series from Ridley Scott. “Maybe that will come back around but in the meantime, Ridley Scott had come up, who has so much creative enthusiasm.”

With so much buzz around the project over the last 18 months or so, it doesn’t seem unlikely that Tales From the Crypt will show up in some rebooted form yet, whether that be at TNT or elsewhere. Who knows, perhaps HBO will even see the potential of bringing the series back, complete with the Crypt Keeper himself.