Upcoming slasher movie Time’s Up has added David Howard Thornton—best known for playing the psychotic Art the Clown in Terrifier—to its impressive cast. 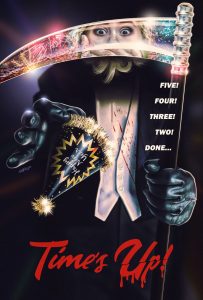 Set on New Year’s Eve, Time’s Up will follow a group of teachers at an idyllic Maine high school who find themselves stalked by an assailant bent on revealing their darkest secrets. By midnight… heads will roll.