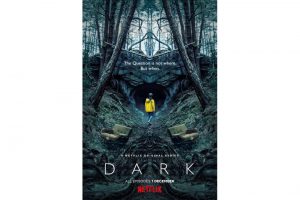 A mind-bending trailer has been released for Netflix’s upcoming German thriller series Dark and it looks like a blend of Stranger Things, It and Isaac Ezban’s complex 2014 thriller El Incidente. If you haven’t that, then I urge you to do so if you enjoy original, mesmerising and batshit filmmaking.

When speaking about the comparisons Dark has to Netflix, the show’s writer Jantje Friese was pleased and said:
“It’s really exciting because if all those people who watched Stranger Things will at least think about watching Dark, I think that’s a great opportunity for us. So keep comparing it.”

Dark is set in a quiet German town where two children go missing, as the residents try to piece together what happened it is discovered that the disappearances are linked supernaturally to 1986. The missing children and the otherworldly elements are, unsurprisingly, what is causing Dark’s Stranger Things comparisons. We see nothing wrong with that!

Check out the trailer for Dark below; we love the moody atmosphere and the ominous thread that runs through the story. It certainly looks like a unique take on a story that focuses on missing children, but there is plenty of expected beats in the trailer, too.