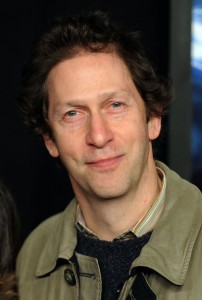 Tim Blake Nelson from Fantastic Four, The Homesman and Kill the Messenger has joined the cast of Nacho Vigalondo’s (Timecrimes, Extraterrestrial) Colossal. His character is called Garth and is described as having a drug problem that he cannot hide.

Colossal already stars Anne Hathaway, Jason Sudeikis and Austin Stowell and follows a woman who realises that the catastrophic events that are happening around her may be linked to her own mental state.

Synopsis:
Gloria, an ordinary woman who, after losing her job and her fiancé, decides to leave her life in New York to move back to her hometown.

But when news reports surface that a giant lizard is destroying the city of Tokyo, Gloria gradually comes to realize that she is strangely connected to these far-off events via the power of her mind. In order to prevent further destruction, Gloria needs to determine why her seemingly insignificant existence has such a colossal effect on the fate of the world.

Hopefully the film will be able to put its own stamp on the monster genre and will not be too similar to Godzilla, just like Toho pictures feared. Nacho Vigalondo is a unique, exciting film-maker who has already put a nice stamp on horror and sci-fi, so it will be interesting to see what he can do with something with its foot firmly in the action genre.