Megan Fox (Jennifer’s Body) is starring in director S.K. Dale’s upcoming horror-thriller Till Death—and the first images reveal the bloody predicament she finds herself in! 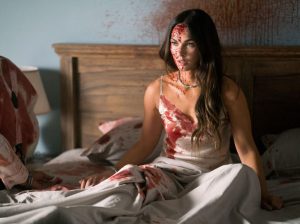 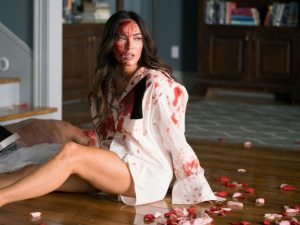 Till Death tells the story of Emma (Fox), who is left handcuffed to her dead husband as part of a sickening revenge plot. Now, she must survive two hired killers on their way to finish the job…