While director Andy Muschietti has been teasing us with a countdown to this Wednesday, when we are all expecting to see the first trailer for his It adaptation, three new stills from the film have emerged. 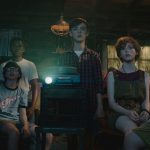 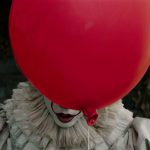 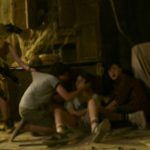 The images come courtesy of USA Today, and give us a good look at the Losers’ Club and a less good look at Pennywise, his face obscured behind a balloon in one pic, and just his hand visible in another. Muschietti talked to the site about the film and Pennywise, about whom he had this to say:
“Pennywise’s character is motivated by survival. In order to be alive in the imagination of children, he has to keep killing. It’s established that Pennywise takes the shape of your worst fear. He doesn’t have a steady behavior, he doesn’t expose how he thinks, and that’s what makes him really unpredictable.” 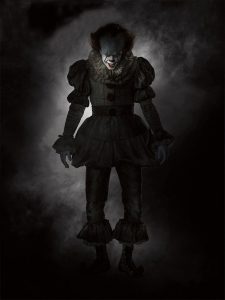 The first film in Muschietti’s two-part adaptation of Stephen King’s epic 1986 novel will be released on September 8th. The second film will take place 28 years after the first, with the reunited Losers’ Club returning to their home town to finish off the ancient evil known as Pennywise once and for all.

Look out for that first trailer tomorrow. I’m uncontrollably excited, as I’m sure you are too.