Three Behind the Scenes Images from Leatherface

Three behind the scenes images have been shared from the set of Leatherface; the prequel to The Texas Chain Saw Massacre from French directing duo Alexandre Bustillo and Julien Maury (Inside). They don’t offer very much in terms of plot details or the direction the film is going to go in, but we are grateful of the assurance that the film is still out there… somewhere. 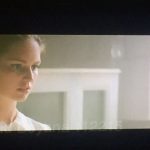 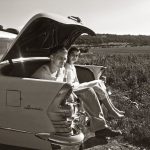 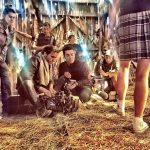 Synopsis:
A young nurse is kidnapped by a group of violent teens who escape from a mental hospital and taken on a road trip from hell. Pursued by an equally deranged lawman out for revenge, one of these teens is destined for tragedy and horrors that will destroy his mind, moulding him into the monster we now call Leatherface.

Leatherface finished shooting a year and a half ago, so it’s strange that we haven’t seen a trailer or any moving imagery from the film. Lionsgate are set to release the film and it’s been given an ‘R’ rating from the MPAA, so what’s the hold up?