J.J. Abrams and Bad Robot managed the near-impossible by shooting a highly anticipated sequel to a hit film in total secrecy in the modern digital age, giving us 10 Cloverfield Lane early this year. Then in November, it was announced that the Abrams-produced sci-fi thriller God Particle was to become the third film in the Cloverfield franchise. While shrouded in a little less secrecy than its predecessor – we at least know of its existence – the project is still being kept pretty hush hush. Originally slated for a February 24th, 2017 release, God Particle was then pulled from the schedule. 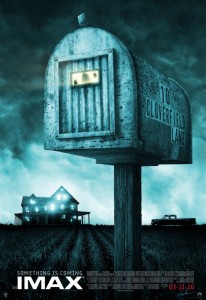 And therein lies a new mystery; is this new Cloverfield film God Particle, or something else, once again shot in secret?

Directed by Julius Onah, God Particle has been described as being set in an “altered reality”, in which a team of astronauts make a “shocking discovery” and must fight for survival. It stars Crouching Tiger’s Ziyi Zhang, Everest’s Elizabeth Debicki, Daniel Brühl (Inglourious Basterds) and Chris O’Dowd (Bridesmaids, The IT Crowd). While it’s likely that God Particle is still planned as the third Cloverfield film, you just never know with those Bad Robot folk.