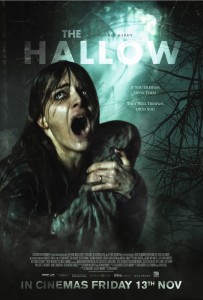 The Hallow is an upcoming supernatural horror film from first-time director Corin Hardy. It’s a very effective and spooky tale, which could be described as a fairytale for adults. When you take a look at the clip below, notice how beautifully shot the film is. The use of lighting is stunning and there is an immediate feeling of unease and tension during the short two minutes.

Corin Hardy is currently tied to direct the planned remake of the Crow, which as ever, is stuck in development hell. The Hallow was 8 years in the making, so he’s no stranger to putting in some time and patience. This really is great little British flick filled with scares and surprises. If you like your horror with a gorgeous exterior and terrifying interior, then definitely add The Hallow to your watch list. 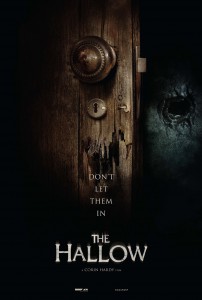 Synopsis:
Deep within the darkness of secluded forest land in rural Ireland dwells an ancient evil. Feared by the nearby superstitious villagers as cursed creatures who prey upon the lost, their secrets have been kept from civilization and remain on their hallowed ground. But when a conservationist from London moves in with his wife and infant child in order to survey the land for future construction, his actions unwittingly disturb the horde of demonic forces. Alone in a remote wilderness, he must now ensure his family’s survival from their relentless attacks.