There’s Demonic Photography in the Trailer for Camera Obscura

An impressive trailer has now been released for Chiller Films’ release of Camera Obscura. It shows a war veteran getting his hands on a demonic camera, believing it is causing the deaths of those around him.

Synopsis:
In Camera Obscura, a veteran war photographer with PTSD, Jack, sees imminent deaths in his developed photos, questioning his already fragile sanity and putting the lives of those he loves in danger. 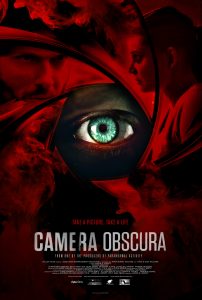 Drawing on films like The Ring and Final Destination, it poses questions about how far you’d go to save someone’s life and whether it’s ever worth interfering with other-worldly calls for death. The trailer shows a lot of gruesome imagery that teases the grisly deaths of the camera’s victims, but also excellently touches upon Jack’s increasing paranoia.

Camera Obscura will be released in the USA on 9th June 2017.