A trio of images have been released for Downrange; a Wolf Creek-esque thriller that sees 6 students targeted by an unknown assailant on a quiet country road. Although we’re not expecting the killer to be half as crazy as Mick Taylor, we’re hoping the film can deliver some entertaining cat-and-mouse thrills.

Synopsis:
Six college students are carpooling cross-country when one of their tires blows out on a desolate stretch of country road. Getting out to fix the flat, they quickly discover that this was no accident. The tire was shot out. With their vehicle incapacitated, the group is pinned down and mercilessly attacked by an unseen assailant as they desperately attempt to find a way to escape.

Check out the images below, which show the group look rather mystified and scared. Who can blame them? You can also watch the trailer below to have a better look at the nightmarish situation. It looks effectively minimalist, but exquisitely gory, so we can’t wait to watch this one when it lands on our side of the pond. 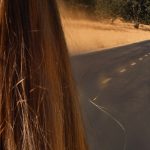 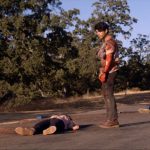 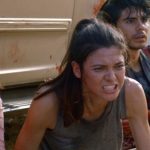 Downrange will be showing at TIFF in the Midnight Madness selection and comes from director Ryuhei Kitamura. Kitamura has also directed 2002’s Alive, The Midnight Meat Train and No One Lives, so he’s no stranger to crafting fast-paced action-horror cinema.