There’s Actually Already a Story for The Nun 2 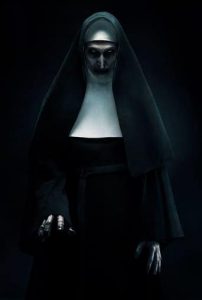 The Conjuring Universe is a huge moneymaker right now, so we’re not surprised to hear that a sequel to last year’s solo spinoff The Nun is already in the works over at Warner Bros and New Line Cinema. Franchise producer Peter Safran has teased that there’s already a storyline mapped out for the sequel, and he says it’s a really fun one.

Expanding on the backstory of the demonic nun Valak (Bonnie Aarons) from James Wan’s The Conjuring 2, The Nun raked in $365 million worldwide. But with the upcoming releases of Annabelle Comes Home and The Curse of La Llorona, not to mention The Conjuring 3 next year and a probable spinoff movie about The Crooked Man, are we approaching a state of franchise fatigue?