Theo James Cast in David M. Rosenthal’s How it Ends

Theo James, who has starred in the Divergent and Underworld films has been cast in David M. Rosenthal’s (The Perfect Guy) How it Ends. The film is set after an apocalyptic event that causes the roads to turn into chaos, making it difficult for a father to get home to his wife. 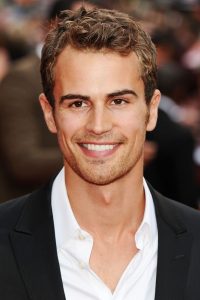 You may als recognise James from the play Sex with Strangers, but he is also set to star in the sci-fi romance flick Zoe with Ewan McGregor and Lea Seydoux.

In addition to How It Ends, Rosenthal is directing the upcoming reimagining of Jacob’s Ladder written by Jeff Buhler (Midnight Meat Train), which aims to bring the film to modern audiences with a refreshing take on the classic story.

How it Ends is set to go into production soon and the rights were given to Netflix and Sierra/Affinity earlier in the year.