The Wolf Man Reboot Gets a Release Date 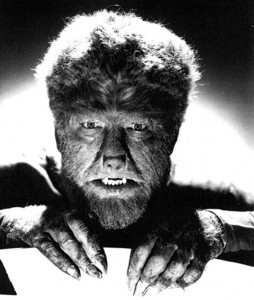 There is a lot of love and hate circulating the ‘net about Universal’s planned reboot of all its classic monster features. Whether you like it or not, it’s happening.

In a Marvel- style move, Universal is aiming to create a whole connected Universe for its monsters, with the first film The Mummy, getting released on 24th March 2017. The Wolf Man will follow a year later on 30th March 2018. There is speculation that Tom Cruise will be featuring in The Mummy, but he’s a busy bee so this has not been confirmed.

Prisoners-scribe Aaron Guzikowski is writing The Wolf Man’s script and the story will be set in present day, unlike the 2010 Benicio del Toro starrer. Alex Kurtzman and Chris Morgan are overseeing the entire monster universe.

It is unclear whether Dracula Untold, Victor Frankenstein and I, Frankenstein have impacted Universal’s plans as there’s no talk of a Dracula or Frankenstein reboot as of yet. As well as the 2 already mentioned, there will be a new Creature From The Black Lagoon – which may star Scarlett Johansson and Bride of Frankenstein – which could feature Angelina Jolie.

Be sure to mark 30th March 2018 in your diaries to catch The Wolf Man howl once again.