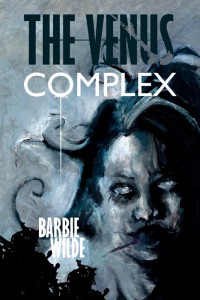 The Venus Complex is a provocative journey into a psychopathic consciousness that is one of the most gripping and disturbing mind trips I’ve read. Told in a journal entry style first person narration, the first time we meet Michael Friday is the recounting of his wife’s death in a car accident. His wife was cheating on him, his accusation and her reaction bring about a clean definitive snap of his mind, from normal to implacable killer and here lies the beginning of a jaunt that nibbles the edges of sanity until there’s only one possible outcome.

During his recovery, he experiences a kind of rage that transpires normal cohesive thought, rage at anything and everything, coupled with dreams of a sexual nature that interlace intense pleasure with violence. Then he starts to get bored, starts to look at serial killers and twelve months after the death of his wife, she takes her revenge in a disturbing dream that sees her bite his ‘you know what’ off. That’s it he’s flipped, he needs sex desperately and it’s off to find a prostitute, one that for a few extra dollars, agrees to be tied up, big mistake. His first, no, second kill but this is the one that intimately describes his thoughts and actions as he steals the woman’s last breath.

That’s it, job done, he’s going to create a serial killer, all for the woman he’s been stalking, Elene, his obsession, the psychologist who teaches at his school and also helps the police with profiling. Michael is an Art History Professor and his research now, serial killers, biographies, avoiding capture.

This is consensual sex ending in orgasm, autoerotic asphyxiation taken to a lethal end, exquisitely described, I would say beautifully described but at the end of the day, it’s murder and sounds slightly wrong. Michael is clever, there’s defined process all the way through his indulgence, making sure the victim receives the ultimate pleasure as she takes her last breath, right up to the point of a massive clean-up operation and his victim, left artistically posed. His Venus Complex, profession inspiring his new and exciting hobby, and Venus is of course the goddess of love.

‘Never did she look lovelier than in death, because what is life but an eager rushing towards the terrible inevitability of oblivion? Death is the great peace and we shall all embrace it with eager joy.’

A dark, erotically laced glimpse, no, glare into a killers mind, a mind you simply don’t want to leave and you can’t help liking the guy, you don’t want him to get caught, you might even want him to continue his game, OK I’ll admit I did but only because he’s such a disturbingly audacious character and the writing is absolutely sublime. The explicit murder recitals are completely riveting, delicate and passionate, erotic and unsettling, the Professor’s dreams and nightmares are as enthralling as his rants, obsessive behaviour and descent into the chasm of Paraphilia and lust murder. Finally the ending, unexpected, titillating, fulfilling, for our protagonist anyway and bloody perfect, find out for yourself.