THE TRAILER FOR THE SOSKA SISTERS’ RABID BITES BACK 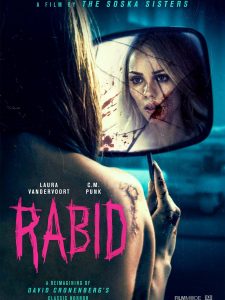 Rabid, the Soska Sisters’ remake of the 1977 Cronenberg classic, world premieres at London’s FrightFest Film Festival this August—and the first trailer is here to start spreading the infection.

In the film, a demure woman named Rose (played by Jigsaw’s Laura Vandervoort) undergoes an untested stem cell treatment following a disfiguring accident. But while it seems like a miracle cure, it isn’t long before she starts noticing some… changes.

Will you be sinking your teeth into this one at FrightFest? Check the trailer below and let us know what you think.