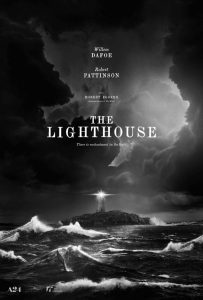 After hitting the scene in style with 2015’s The Witch, Robert Eggers has a lot to live up to with his second feature. And judging by the trailer for his new film The Lighthouse, he’s knocked it out of the park again.

A hallucinatory fantasy horror film, The Lighthouse follows two lighthouse keepers (played by Willem Dafoe and Robert Pattinson) working on a remote New England island. Set in the 1890s, the movie was shot on gorgeous 35mm black and white stock. In addition to directing, Eggers co-wrote the script with his brother, Max Eggers.

The Lighthouse will be released in New York and Los Angeles on October 18th, with a wider release to follow. Check out the new trailer from A24 below.