The Trailer for Luz is a Delightful Oddity

A baffling and delightfully odd teaser trailer has been released for Luz and it showcases a horror film that is bizarre, strange and captivating.

Luz is an homage to 70s cinema and has been shot on 16mm. It throws back to the horror genre of yester-year with its unpolished visual style and general air of weirdness. It’ll certainly please those that like their teasers to be just that, because it’s hard to gauge exactly what’s going on. 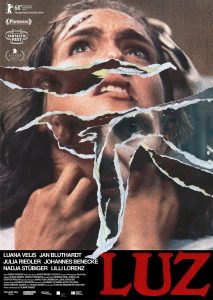 If you couldn’t work it out from the trailer, Luz follows a young cab driver who is followed into a police station by a demonic entity. Strangeness ensues as the entity tries to be close to the woman it adores.

Luz comes from German writer-director Tilman Singer and stars Johannes Benecke, Jan Bluthardt and Lilli Lorenz. Check out the trailer below and be sure to keep an eye out for more about Luz hopefully soon.