It’s hard to believe it’s been 20 years since Hideo Nakata’s Ringu made us scared of VHS tapes (although the fact that it centers around the VHS format makes it a little more believable). Now, after many, many sequels (not to mention an American remake and it’s questionable follow-ups), Nakata is returning to the franchise he created with new film Sadako. 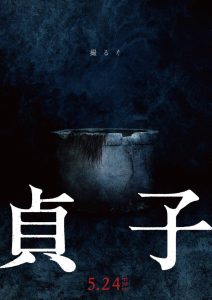 Sadako stars Elaiza Ikeda as Mayu, a psychology counselor caring for a terrified patient with amnesia (Himeka Himejima). Unfortunately, Mayu’s younger brother Kazuma (Hiroya Shimizu) wants to become internet famous, and he’s dabbling in things he really shouldn’t be touching—like a certain ghost girl who crawls out of a well. Takashi Tsukamoto (Battle Royale) and Ren Kiriyama will also star in the film, which is produced by Kadokawa Pictures.

Nakata’s last directorial involvement with the Ring franchise was in 2005 when he helmed The Ring Two, the disappointing sequel to Gore Verbinski’s American remake of Nakata’s chilling 1998 classic. Let’s hope his return to the franchise will be cursed for all the right reasons.

Sadako will be released in Japan on May 24th. No word yet on a worldwide release date, but enjoy the Japanese trailer below in all it’s J-pop glory.