THE TRAILER FOR DWELLERS GOES UNDERGROUND 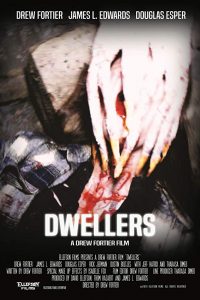 The new trailer for writer-director Drew Fortier’s Dwellers is here, and it’s heading down into the sewers.

The flick follows a documentary filmmaker and his crew looking into a series of suspicious disappearances in the local homeless community. But as their investigations take them below the city streets, they uncover a terrifying and deadly secret.

Dwellers is produced by Megadeth’s David Ellefson, along with Thom Hazaert via Ellefson Films. Go underground by watching the trailer below.